The Rangers tragically lost the World Series on Friday night.

But I’m kind of like whatever, because the Stars won!

The Stars have me legitimately thinking they’ll keep this up.  After everything fell apart last year, it’s hard to keep that belief that they can continue this dominance.  For right now, though, I just want to enjoy it while it lasts.

I felt they played very well last night.  The second period was kind of “meh,” but the third was pretty exciting.  At least that’s how I felt. 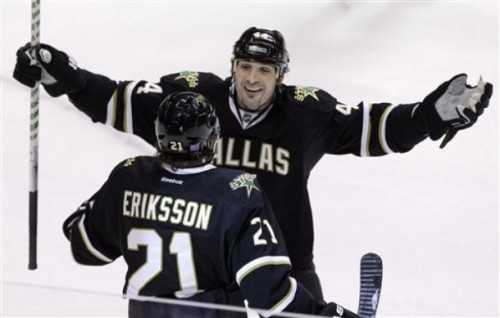 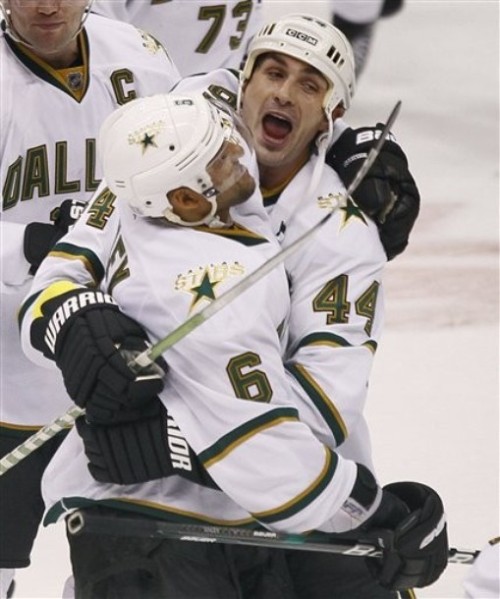 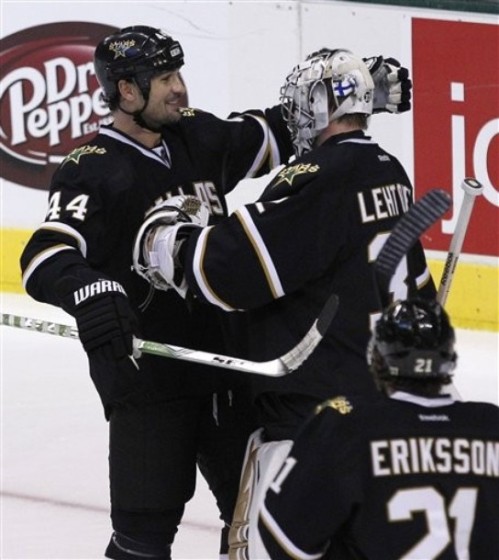 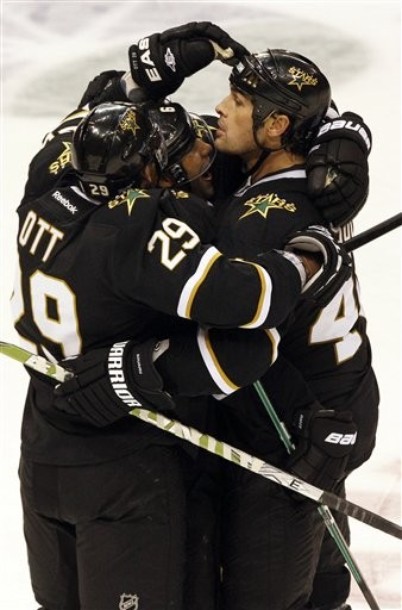 The Cult and Cleverness of Ron Washington

Ron Washington is one of my favorite people.  Not just in baseball but in the entire world.  Having been a hardcore Texas Rangers fan for approximately one month, Washington has quickly made an impression on me.  What’s not to love about the guy?  He just has this unbridled joy and undeniable faith in his team that warms my heart.  Ron Washington is not like other managers.

He might not be Tony LaRussa or Joe Torre or whoever, but Washington doesn’t need their complicated gameplans.  Nope, he just has more faith in his players than in a book.

As I always say, it is your players that make you look good.  I did what I felt I had to do with my players, and that’s all I’m worried about. As you said, I can’t match wits with Tony. I haven’t been in the game that long. I just wish I could stay around as long as he has and be as successful as he has. I just trust my players and try to get them in a position where they can be successful, and they haven’t let me down so far.  -Ron Washington

Not hockey, just a really cool tale of a guy who dances in the dugout to the tune of one win a way from a World Series.  Suck on that, Tony LaRussa.

Brett Hull is a cheater.

Brett Hull is the Ambassador of Fun.

Brett Hull is an Internet troll.

And I effing love him for all of it.

I don’t want to jinx anything, but do you realize that the Stars haven’t lost a game in two weeks?  That’s phenomenal.

Last night, they rode into Anaheim, hoping for a Duck-hunt.  After some pretty easy matchups (cough, cough Columbus), this felt like the first real challenge the Stars had faced all season.  And they performed amazingly.

Loui set the tone when he scored just 13 seconds into the game, further proving to the world just how awesome he is (and perhaps how little Brad Richards really mattered to his playing ability).  The undeniable star of the night, Loui added an assist on Ribs’ game-winning goal and got another goal himself just a little into the third period.

Claps for you, Loui.

Kari Lehtonen was excellent yet again.  I don’t know how else I can say it.  He had a lot of pressure on him at the beginning to step up, and he’s done so.  If he keeps this up, he has great potential to be a Vezina candidate.

As much as I like George Parros, his elbow to Barchie wasn’t cool.  He’s not a repeat offender, so he probably won’t be suspended, but I hope he never does it again.

At this point, I guess the Stars are supposed to lose to the Kings tonight.  That will probably happen.  But what if doesn’t?  Damn, this season has been incredible.  We’ve seen some good stuff.  I can’t wait to see what comes of it all.

As great as the stars have been so far (well, their record’s been good), I think I need to honor a Texas sports team that has truly beat the odds and can give us Stars fans hope. Just 18 months ago, the Texas Rangers were in the same boat the stars are in now: bankrupt with an ownership mess.
Now they’re in the World Series for the second time in two years. Back-to-back AL championships. And this all comes from a bankrupt team that fixed themselves.
That could be us someday. By spending smartly and recovering from the blow that comes when a team loses its star player (here’s lookin at y’all, Cliff Lee and Brad Richards), the Rangers have come a long way in a short time.
It’s a good example to follow. However, it’s one that we can’t follow quite yet, as the ownership thing won’t be resolved until Christmas or something. But that can be us pretty soon. Maybe we won’t win the West two consecutive years, but at least we can try. We’ll be able to challenge other teams because we’ll actually have the team to do it.
When the Rangers lost Cliff Lee, they got Adrian Beltre, who’s been huge for them. He’s probably the best third baseman in the AL.
But here’s what’s really awesome. The Yankees have a payroll of $200+ million, the Red Sox have one of $170 million, yet it’s the Rangers and their significantly lower $92.2 million pay that have dominated the AL lately.
It’s fun to see a Texas team win again, it really is./ The Rangers have proven that bankruptcy isn’t the end for a team. It may just be the beginning.

It has been far too long since we’ve had Stars hockey.  And last night was kind of amazing.

But yeah.  For the most part, it was a great, great way to start the season.  I mean, who knows if it’ll last, but it’s nice to think it will.

The Greatest Time of Year

Welp, we made it!  After a long fucking hellatus, it’s hockey season again.  While we shouldn’t forget about those we lost in the offseason, the literal losses (Boogaard, Rypien, Belak, Lokomotiv), and the figurative losses (Mike Modano, possibly others), it’s time to move on a little with the best therapy: real live hockey.

Here’s a great story about loving hockey and shoving the haters to the left: http://msn.foxsports.com/nhl/story/NHL-hockey-is-back-and-if-you-dont-like-it-you-can-leave-us-alone-100511/?GT1=39002

More than we might think. And people are kidding themselves if they think hockey scrums are unique for the salty language. Kobe Bryant dropped the same homophobic slur on a referee last season, yet nobody used that as proof basketball was rife with -ists. It was just a frustrated guy saying an idiotic thing, much like Simmonds.

They are not bleeping accountants. They are hockey players. They skate around at incredibly high speeds and bang bodies and play through broken jaws and shredded knees. And so, yes, the sport — like most sports — attracts guys’ guys who behave differently than, say, my friends and I at Junior League meetings.

This is not to say hockey is some racist, sexist, homophobic mess. In my experience, something like 99.9 percent of the guys are exactly like guys you know. Maybe this is because hockey is not popular enough for them to have televised “Decisions,” or maybe they do not engage is such narcissistic silliness because they are good guys. Whatever the causality, the “everyday dude” thing they have going on is one of the things that makes hockey great.

So get on board, or leave hockey alone.

“Get on board, or leave hockey alone.”